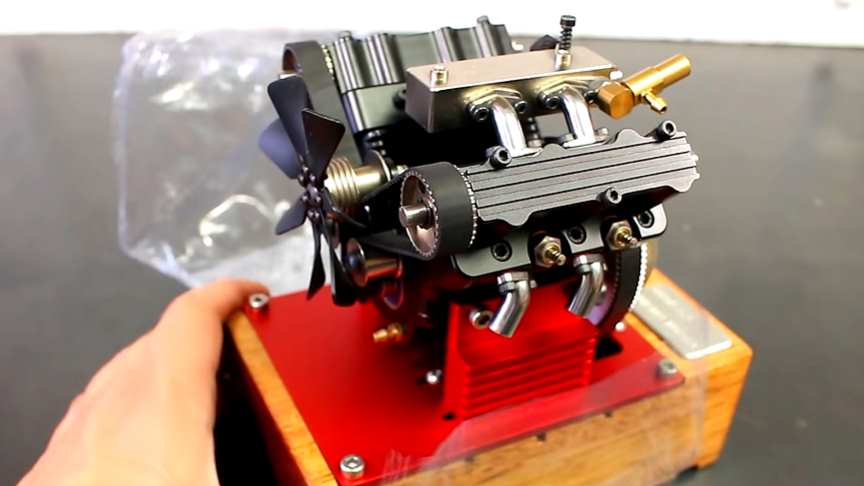 A model engine is a small internal combustion engine typically used to power a radio-controlled aircraft, radio-controlled car, etc. A nitro engine generally refers to an engine powered with a fuel that contains some portion (usually between 10% and 40%) of nitromethane mixed with methanol.

Small size and large horsepower: Weighing 1150g, need 7.4V or 11.1V battery start, the battery needs to be T-plug, the female head is on the engine end, and the electric rotor is needed.

Four Stroke Methanol Engine uses a cycle of four strokes and Methanol as the fuel. Each cycle includes 2 rotations of the crankshaft and four strokes.For Age: 14 years old or older.