This is the Fraser River Delta just in front of Vancouver BC Canada, this is where sea water meets fresh water.The river water from Fraser River, flows into the ocean water of the Strait of Georgia. 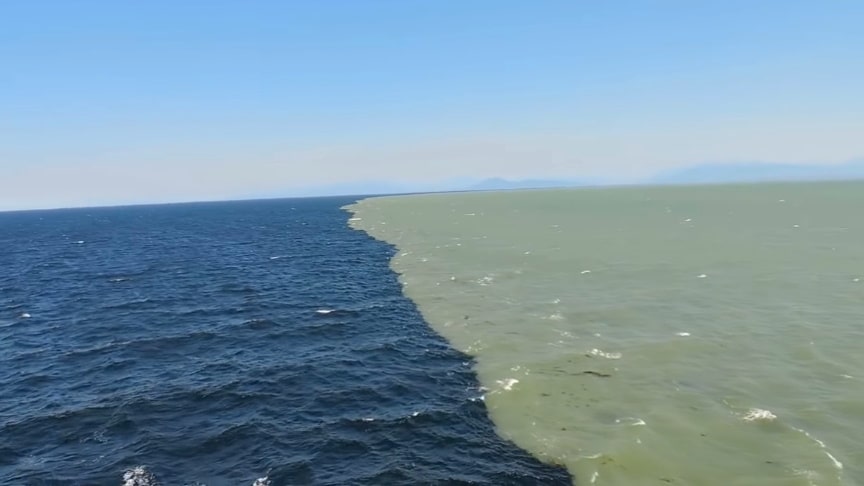 Modern Science has discovered that in the places where two different bodies meet, there is a barrier between them. This barrier creates a noticeable line, as each water body has its own temperature, salinity, and density.

Although several commenters tried to account for this unusual occurrence by citing scripture from the Bible and Quran, the official explanation lies in the fact that the silt-laden fresh water of the Fraser River and the sea water of the Strait of Georgia do not mix and therefore form a clearly visible boundary between each other.

If you go on google earth and look up Fraser River or Sea Island which is an airport right at the water edge, you will see this boundary line stretching for miles.This natural occurrence makes for a striking and unparalleled view./Wonder World