The Rivian R1T is an all-electric, battery-powered, light duty pickup truck produced by the American company Rivian.Rivian R1T review!!! You’ve all been asking, so here it is: a full review of the Rivian R1T, the coolest pickup truck ever made. 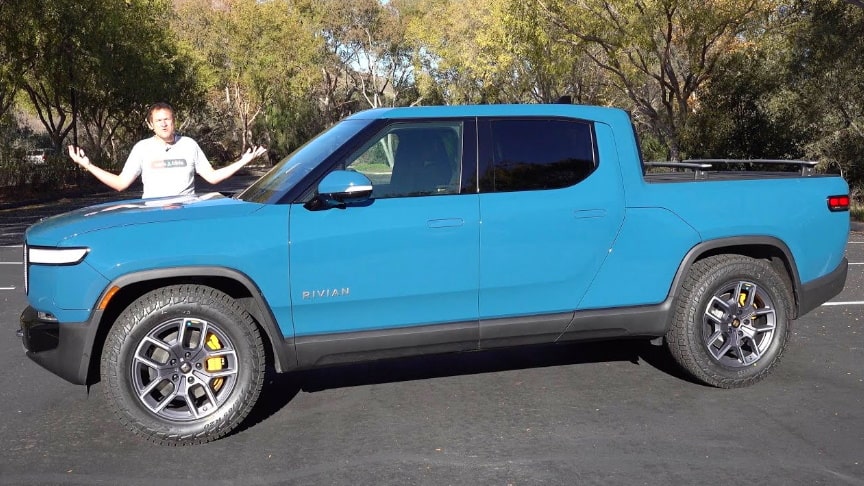 The Rivian R1T is an impressive truck, and I’m showing you everything you need to know about the Rivian. I’m also going to drive the Rivian R1T and let you know what it’s like behind the wheel of this special truck.

Drivetrain:direct-drive transaxles from the centrally-mounted four motors,torque vectoring wheel control, senses slip on each wheel with millisecond granularity, “distributes the proper amount of power to each wheel, precisely as needed.”The cargo bed is 1.4 m long. Its width at the narrowest point, between the wheel wells, is 50 in (1.3 m).[33] Towing capacity is 4,990 kg./wikipedia