Tesla motors, named after the genius inventor Nikola Tesla, used his evergreen invention of induction motors in their EV line. Well, not until the model 3 came up with a superstar motor—the IPMsynRM. IPMsynRMs are proven to be the ultimate solution for EVs to achieve high-speed performance. So, let’s see how the versatile induction motors compete against the latest entry – IPMsynRM motors. 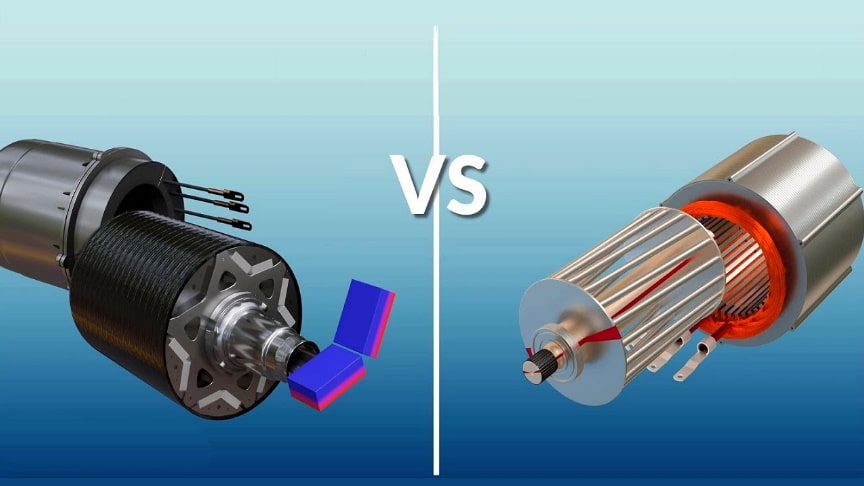 In the model S the company used Induction motors.An induction motor or asynchronous motor is an AC electric motor in which the electric current in the rotor needed to produce torque is obtained by electromagnetic induction from the magnetic field of the stator winding.

In general, it’s a type that combines Internal Permanent Magnet motor type with Synchronous Reluctance Motor rotor type to achieve a more desired characteristic in EV application – high efficiency at low and high speeds.Tesla is not the first to use this type of motor, but its version is considered as one of the best.//Lesics