Kristie Wolfe has transformed a giant potato, a fire lookout, and an earthen hole into homes and now she’s converting a “shipwreck” into a family retreat. 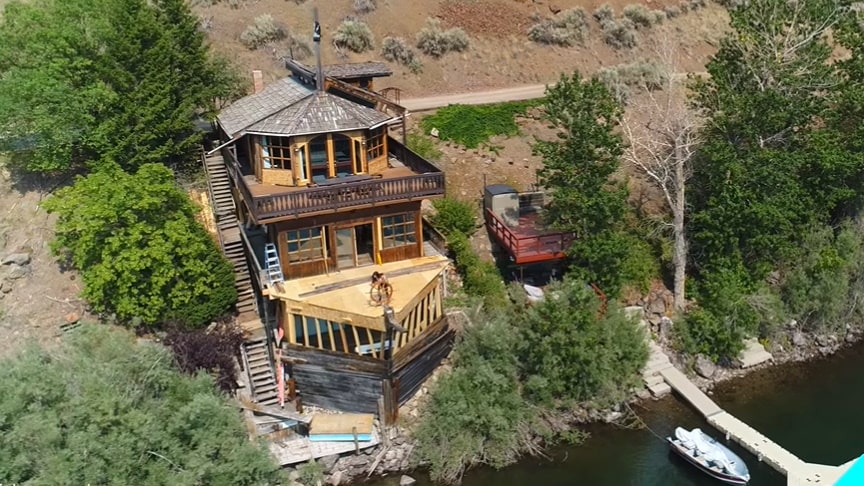 Built in the 1960s as a whimsical lake-side home, when Wolfe bought the extreme fixer-upper, it looked as if it had crashed ashore.

Reusing most of the wood, Kristie- with help from her sister and mom- has rebuilt the dark space into something open and light with huge crossbeams. For the kitchen, she and her family crew laid an 18-foot-long cement countertop on their own for $500, instead of $3500 (uninstalled) to purchase one.

She picked a blue from the hardware store that happened to be called “Shipwreck” and the name stuck. She’s rebuilt the prow with an antique steering wheel and for the bunk room, she’s building curved nautical bunk beds.//Kirsten Dirksen