Sky Cruise: A Futuristic Hotel Above the Clouds.Designed by Hashem Al-Ghaili,the concept of the “Sky Cruise” is basically a flying hotel that boasts 20 nuclear-powered engines and would have the capacity to carry 5,000 passengers. 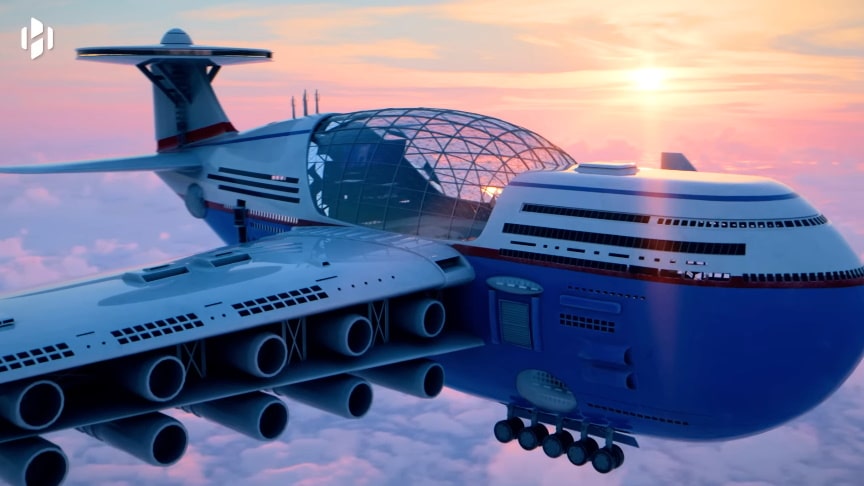 The 3d animation video representation depicts a massive flying ship that is purportedly intended to carry over 5,000 passengers in almost continuous flight.

A “small nuclear reactor” that “uses highly-controlled fusion reaction” is the only source of electricity for the idea skycraft’s 20 electric engines.  frequently need to land because it wouldn’t require refueling.

The sky hotel would feature a large “panoramic hall”, offering 360-degree views of the skies. A lift would connect this space to the main entertainment deck, which would be home to shopping malls, swimming pools,sports centres, bars, restaurants, children’s playgrounds and cinemas./Hashem Al-Ghaili