Wind turbines are manufactured in a wide range of sizes, with either horizontal or vertical axes. It is estimated that hundreds of thousands of large turbines, in installations known as wind farms, now generate over 650 gigawatts of power, with 60 GW added each year. 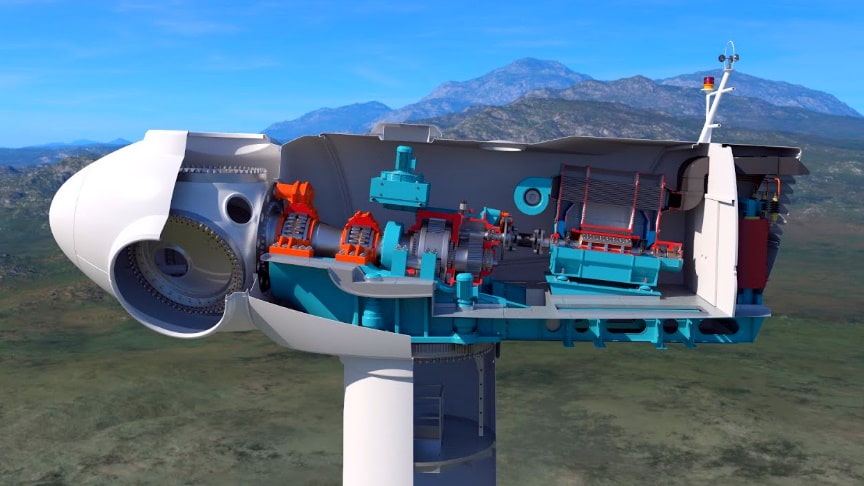 The generator, which is approximately 34% of the wind turbine cost, includes the electrical generator, the control electronics, and most likely a gearbox (e.g., planetary gear box), adjustable-speed drive, or continuously variable transmission component for converting the low-speed incoming rotation to high-speed rotation suitable for generating electricity.

The surrounding structure, which is approximately 15% of the wind turbine cost, includes the tower and rotor yaw mechanism.A 1.5 (MW) wind turbine of a type frequently seen in the United States has a tower 80 meters (260 ft) high. The rotor assembly (blades and hub) weighs 22,000 kilograms (48,000 lb)./wikipedia