The Airbus A380 is a wide-body aircraft manufactured by Airbus. It is the world’s largest passenger airliner. Airbus studies started in 1988 and the project was announced in 1990 to challenge the dominance of the Boeing 747 in the long haul market./wikipedia 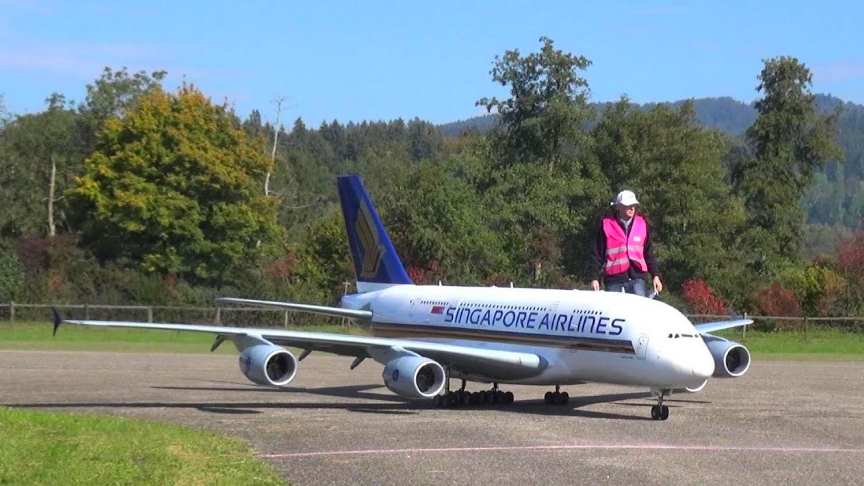 Peter Michel has made a perfect replica of the world`s biggest civilian airplane, Airbus A380-800 Singapore Airlines .The Swiss RC aircraft enthusiast Peter Michel is taking his hobby pretty serious.Video by: RCHeliJet

It actually took him over 5 000 working hours in a period of 8 months to built and construct this 1 : 15 scale miniature RC Airbus A380.It is powered by 4x JETCAT P 120 Je 12kp Standschub turbines, it has completely working flaps, rudder and steering system and total weight of 70,8KG .

The video from RCHeliJet shows the model plane 1:15 scale taking off from the runway, looking a lot of like a real jetliner in the sky as its flying around for a few minutes.One of the `problems` this RC Airbus A380 has is in its small 10 Liter fuel tank, it limits its range which means that it can only stay airborne for about 8 minutes.