These guys from Germany have worked very hard and built a 1/6 scale Concorde model. 10 meters long, 1.85 meters high, and 4 meters wingspan! This big bird also has 4 4x JetCat P300 Pro turbine engines, like the real plane, fed from 4 fuel tanks with a capacity of 6 liters each. 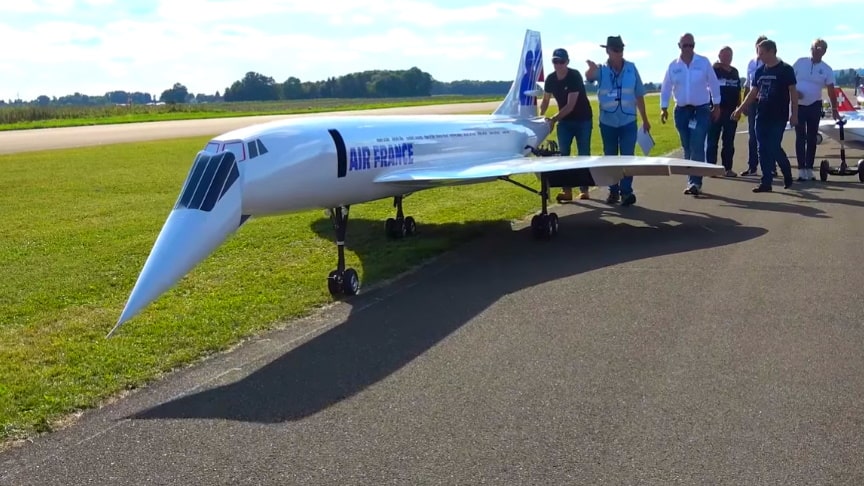 It has 18 servos to make sure it takes off and lands safely. Its take-off weight is 149 KG (328.5 pounds), which is the weight of two grown men! The fuel tanks capacity of this airplane is 4 x 6 liters.

Built to a 1:6 scale, the model was designed and built by Steven and Matthew Bishop. According to its creator, it took more than 5,000 hours to build the plane, over eight months, using styrofoam and balsa wood.

The Aérospatiale/BAC Concorde is a British–French turbojet-powered supersonic passenger airliner that was operated from 1976 until 2003. It had a maximum speed over twice the speed of sound, at Mach 2.04 1,354 mph or 2,180 km/h at cruise altitude, with seating for 92 to 128 passengers. /wikipedia