85 SPEAKERS, neon lights, and an incredible 13ft 2” height are just some of the incredible features on a giant replica VW bus. 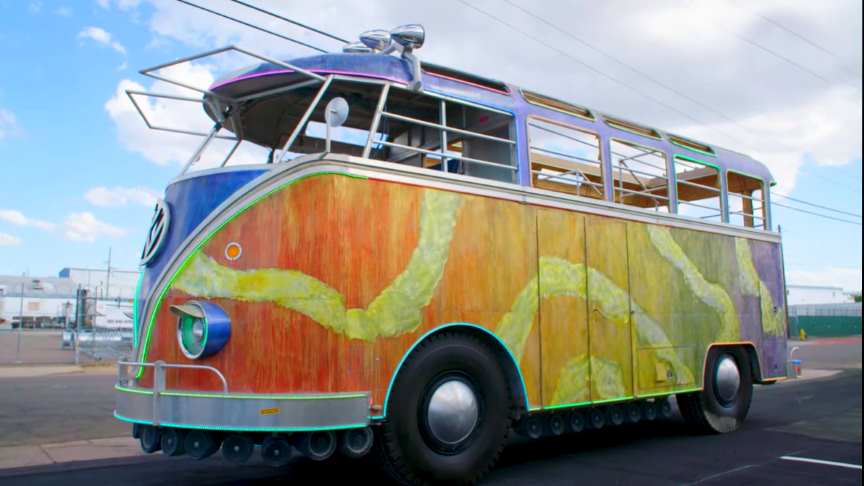 Kirk Strawn is the owner of Walter The Bus, a super-sized version of the Volkswagen classic custom-built on the chassis of a 1963 fire truck.

Once Kirk and friends discovered the truck in a junk yard, they decided to build the world’s biggest VW bus and Walter, named after the Walter Truck Company that originally built the fire truck, was born.

Kirk, of Arizona, told Barcroft Studios: “There’s always a smile whenever anybody sees Walter. You just don’t see something like this driving the road every day.”/Barcroft Cars