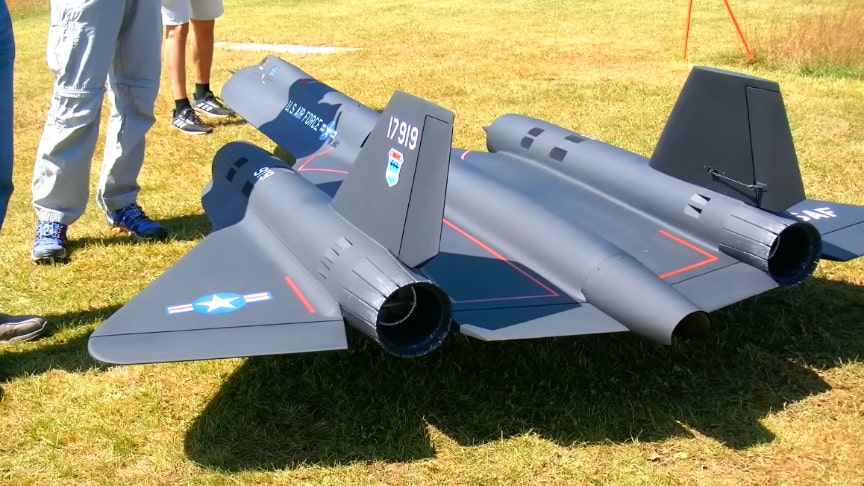 The pilot and owner of this scale model is Matthias Blaß and the Blackbird is powered by twin 2x Frank Turbine producing more than 32kg of thrust.

It has retractable landing gear with wheel brakes, and air brake like the original.The entire model airplane is a one-of-a-kind and was completed in about 2,400 working hours (2 years). The material value is about 20,000 Euros. Builder, Walter Blaß, of the SR-71 and it is flown by is son, Matthias Blaß.