The F-16C is a single-engine multirole fighter aircraft originally developed for the United States Air Force (USAF).Designed as an air superiority day fighter, it evolved into a successful all-weather multirole aircraft. 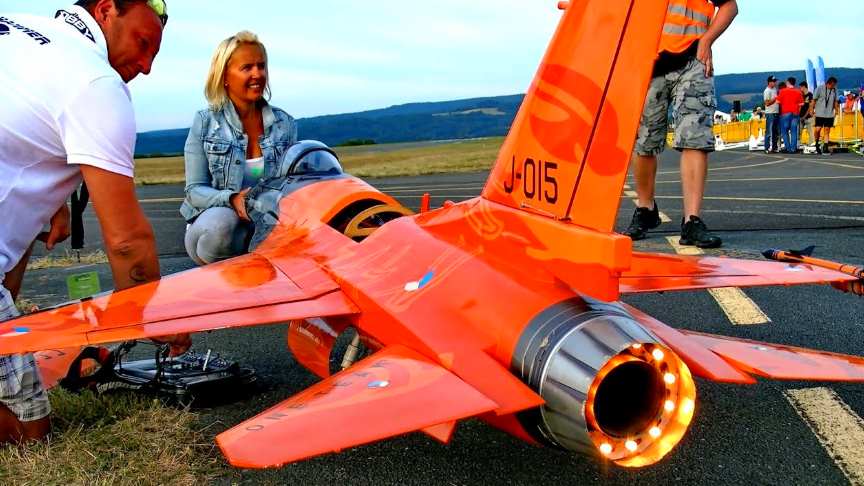 This amazing remote-controlled scale model looks and flies just like a real F-16 Cobra fighter jet. While its engine doesn’t have a real afterburner, it’s got a ring of LED lighting out back to simulate flame, and even can make smoke trails. Video by: RC MEDIA WORLD

It is also equipped with strengthened retractable landing gears, that ensure a smoother takeoff and landing experience for all pilots. The landing gear is very close to the original and can conquer any grass airfield.