Very nice Deatiled EC-120 Colibri H120 Eurocopter Radio controlled turbine model Helicopter, in a beuatiful mountain scenery, enjoy it.The H120 from VARIO is a 1050 size scale helicopter. You can power this remote-controlled model helicopter with turbine or electric propulsion. Eurocopter is the creator of the man-carrying version and Airbus Helicopters produces this helicopter. 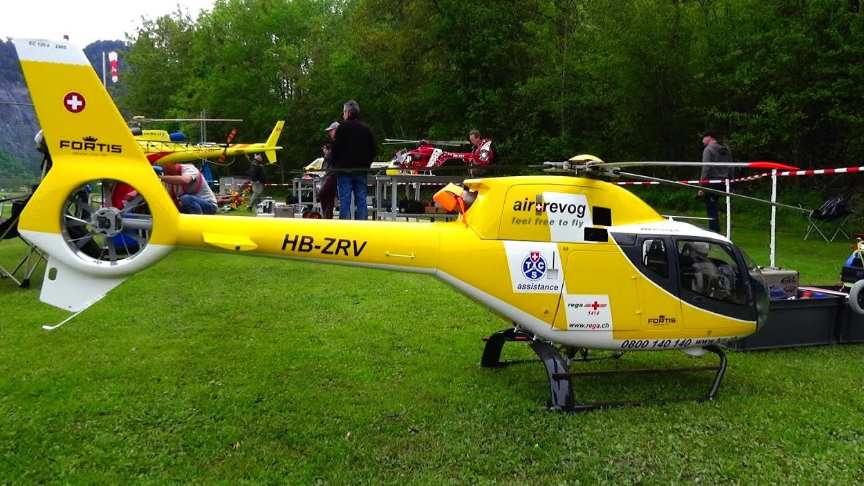 The EC 120 (H 120) is a large model made more impressive by its specially developed dome mechanics which leave the builder all the required space to build a full scale cockpit.

The pre-welded landing skids and luggage door are exactly the same as the full size version. The fuselage was developed with 3-D data that was offered to Vario by Airbus Helicopters.

This rc helicopter is a scale of 1:4 and has a rotor diameter of 2.4m, the take off weight of the helicopter is 20kg. The helicopter is powered by a turbine engine.The turbine version fascinates by the smell of kerosene, a gently starting rotor, accompanied by the unmistakable sound of a turbine.