The H120 from VARIO is a 1050 size scale helicopter. Eurocopter is the creator of the man-carrying version and Airbus Helicopters produces this helicopter. The EC 120 (H 120) is a large model made more impressive by its specially developed dome mechanics which leave the builder all the required space to build a full scale cockpit. 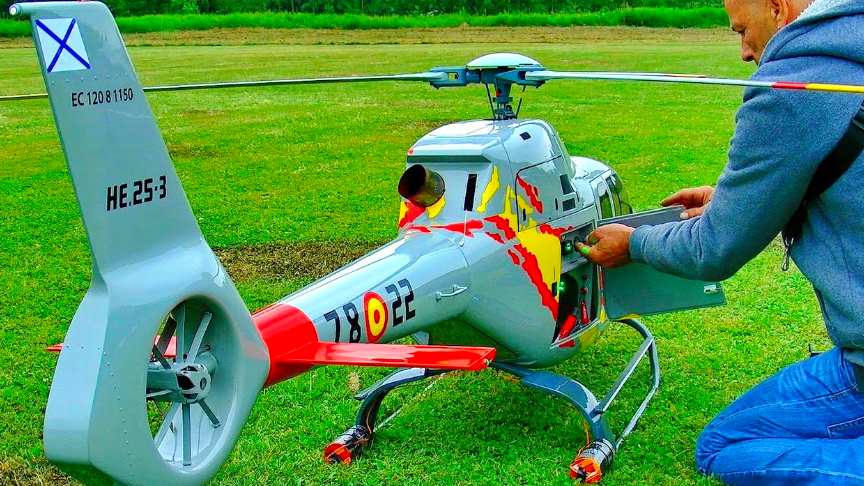 The pre-welded landing skids and luggage door are exactly the same as the full size version. The fuselage was developed with 3-D data that was offered to Vario by Airbus Helicopters.

This brightly colored helicopter can be easily spotted in flight even in strong light thanks to its yellow fin. The helicopter is equipped with a self-stable contra rotating twin-rotor system which ensures disconcerting ease of piloting.