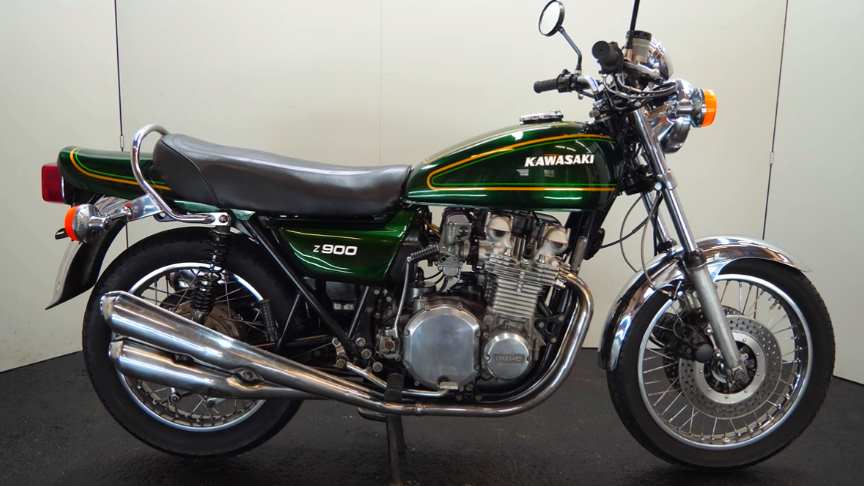 With 82bhp on tap, top speed was around 130mph, but if the rider used all that power on twisty roads, things could get exciting. As a fast tourer though, the Z1 excelled.

In 1976 the model was mildly revised and renamed ‘Z900’, gaining a second front disc brake and 26mm carburettors among other more minor changes. This particular example has been fully restored and runs every bit as good as it looks.

The engine of the Z900 was produced in a bare aluminium finish,The electrical system was redesigned and now featured a three way fuse system.The American KZ900 only had a single disc brake on the left hand side with twin discs as an option.The front wheel hub was redesigned and was no longer painted black.The rear drum brake remained on all models.