A 3D animation showing how a Kar98k bolt-action rifle works. Cinema 4D was used to create each individual part, as well as animating everything. 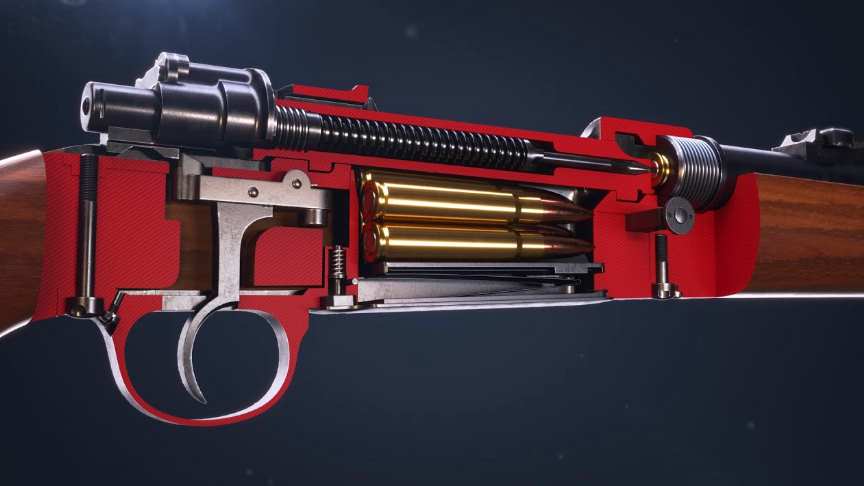 Substance Painter was used to create the wood stock texture. Corona renderer was used to render everything. This animation took me over 500 hours to create. Please do not download and re-upload to your own channel.

The Karabiner 98 kurz often abbreviated Kar98k or K98k and referred to as a “K98” which was also a type of Polish carbine, is a bolt-action rifle chambered for the 7.92×57mm Mauser cartridge that was adopted on 21 June 1935 as the standard service rifle by the German Wehrmacht.

The Karabiner 98k is a controlled-feed bolt-action rifle based on the Mauser M98 system. Its internal magazine can be loaded with five 7.92×57mm Mauser cartridges from a stripper clip or one-by-one. After loading, the empty clip is ejected when the bolt is closed.via/read more: Matt Rittman