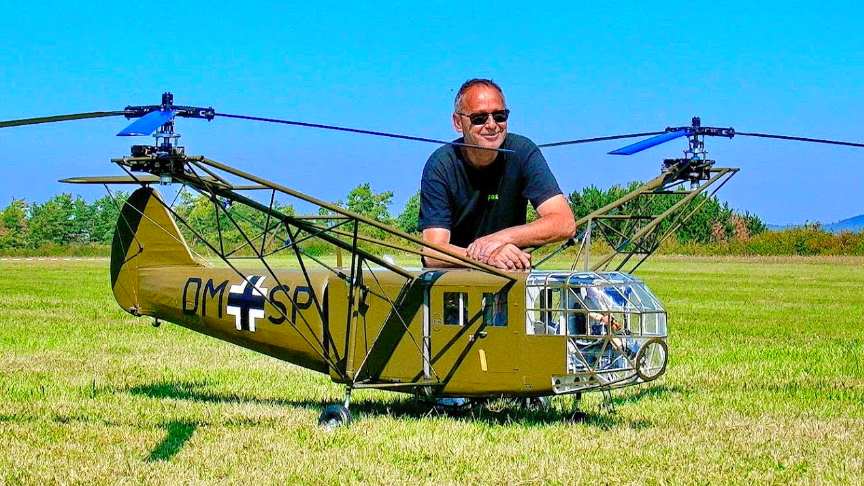 Although the Fa 223 is noted for being the first helicopter to attain production status, production of the helicopter was hampered by Allied bombing of the factory, and only 20 were built.

Youtube channel RC Media World uploaded a video of a really unique helicopter that we have to admit didn’t know even existed.Built and flown by Frank Wedekind according to the description of the video, this RC might actually by the only one in the world.