The Pilatus SB-2 Pelican was a civil utility aircraft developed by the newly formed Pilatus Aircraft company and the ETH Zurich during World War II. 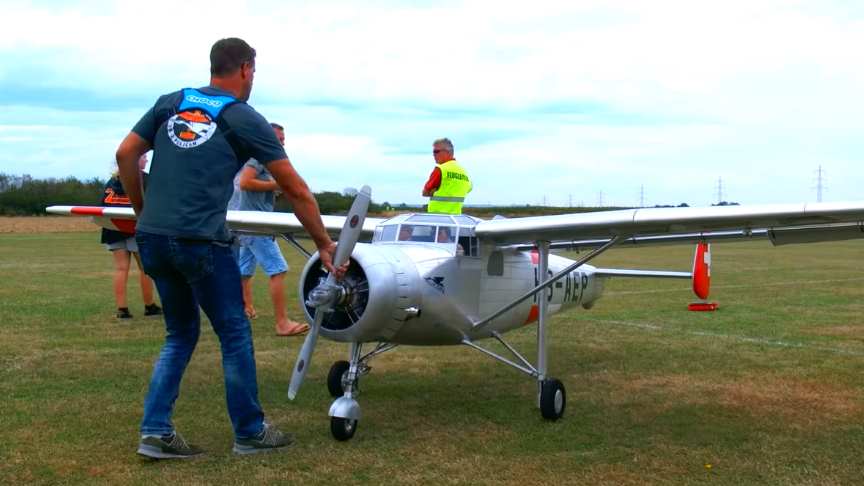 Markus Frey brought a PILATUS SB-2 PELICAN to life! With this model airplane he wrote Swiss aviation history. Of this type of aircraft, there is only this model in the world that soars into the air.

The Pilatus SB-2 Pelican made its maiden flight on 30 May 1944.After extensive trials, the only model built went to Alpar AG in Bern.The Pelikan was particularly well suited for passenger operations, but could also be used for aerial photography, survey flights, freight transport and agricultural work./wikipedia