The Grumman X-29 was an American experimental aircraft that tested a forward-swept wing, canard control surfaces, and other novel aircraft technologies. The X-29 was developed by Grumman, and the two built were flown by NASA and the United States Air Force. 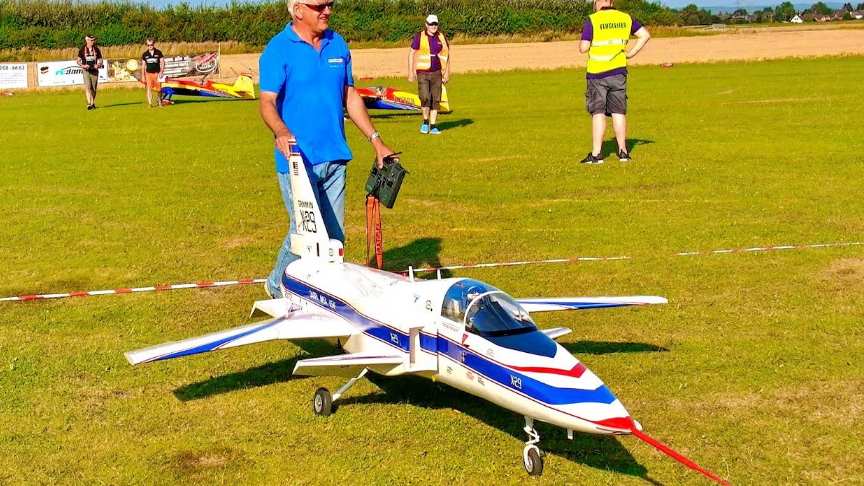 This Giant RC X-29 Grumman airplane has a wingpsan of 2.25m a lenght of 4.30m, the airplane is powered by a A. Frank Turbine 70/16 Raptor jet engine with 22Kg Thrust, the weight of the airplane is 23.7kg. The pilot in this video is Friedhelm Graulich.

The airplane relatively short air foiled wing and long fuselage keeps the plane tracking straight in fast passes and allows it to slide into sharp turns while still having the locked-in feel.

The speed and agility as well as its slightly more complex build means that it is a good fit for intermediate pilots and builders.//RC MEDIA WORLD