I’ve used a Combination Lock for years but I’ve never really understood how it works until I made this video. The combination lock that I used in this video was from Master Lock but there are other companies to make them too. 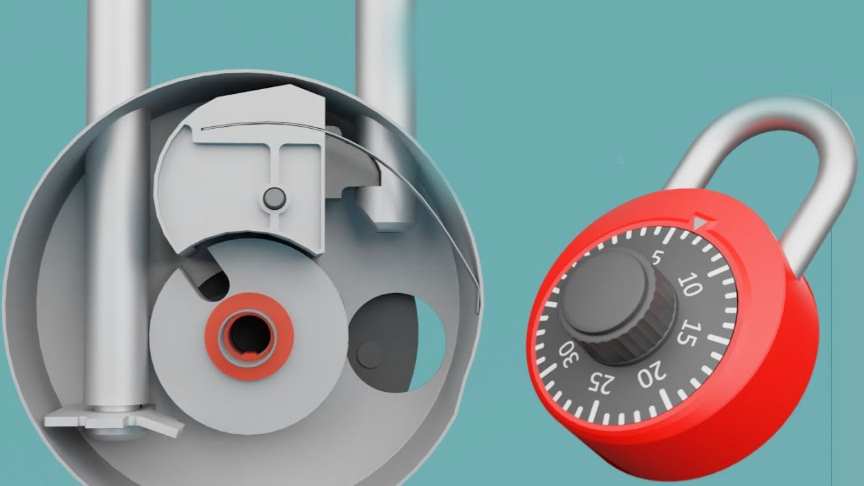 Parts of a Combination Lock include: Case, Shackle, Shackle Collar, Lever, Latch, Cams, Washers, Spring, and the Backplate.Combination locks found on padlocks, lockers, or safes may use a single dial which interacts with several parallel discs or cams. Customarily, a lock of this type is opened by rotating the dial clockwise to the first numeral, counterclockwise to the second, and so on in an alternating fashion until the last numeral is reached.

The cams typically have an indentation or notch, and when the correct combination is entered, the notches align, allowing the latch to fit into them and open the lock.

Depending on the quality of the lock, some single-dial combination locks can also be defeated relatively easily. Typical padlocks are manufactured with generous tolerances, allowing two, three or even more digits of ‘play’ in the correct access sequence. Given a 60-number dial with three cams and three digits of play, the search space is reduced from 60 × 60 × 60 to 20 × 20 × 20, a 96% reduction in potential combinations.//wikipedia