Scale perfection demonstrated at the Weston Park International Model Show with this CARF Models AT-6 Texan flown by Mr CARF himself, Andreas Gietz.The CARF-Models AT-6 “Texan” has conquered the hearts of our fellow modellers and customers. 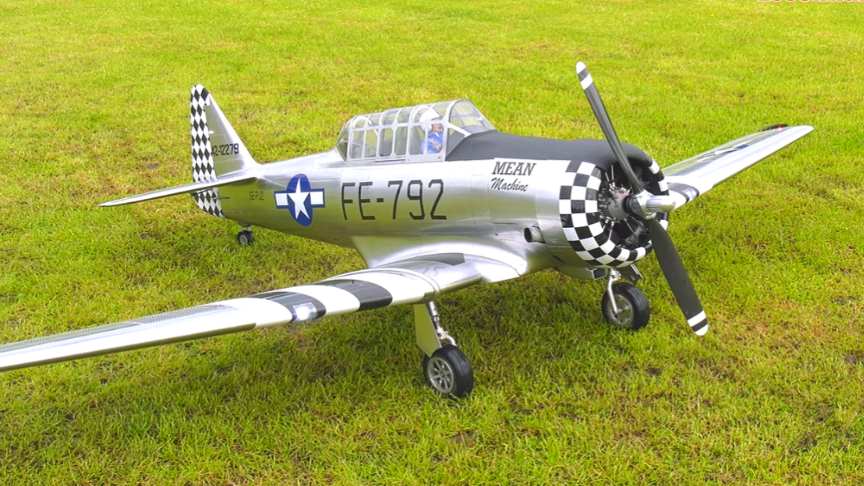 Their reactions have confirmed that our approach of a “total scale AT-6” was a wise choice. The RC Harvard AT-6 is a generally well flying plane due to its large wing with huge split flaps, the short landing gear and an otherwise very straight forward aerodynamic concept.

The 3-piece wing is especially great and the removable horizontal stab makes for an easy transport despite the airplane’s impressive quarter scale size. The airplane has a wingspan of 3.2m and a lengh of 2.21m, the airplane is powered by a 250cc MOKI RADIAL engine. The weight of the airplane is 24 kg.

This RC Model is all composite structure, the clever internal design, the incredible detail in the surface, the correct scale landing gear installation, the sliding canopy mechanics, a worthy scale cockpit, and last but not least, the strength of the airframe, the aerodynamic layout of wing and stab, and its light weight structure.