Here is a video of one of our Club Member’s SU-27. The Model has a wingspan of 2.20 meters and an overall length of 3.20 meters, weighs around 25.0 kilograms and is powered by two JetCat P220-RXi turbines. 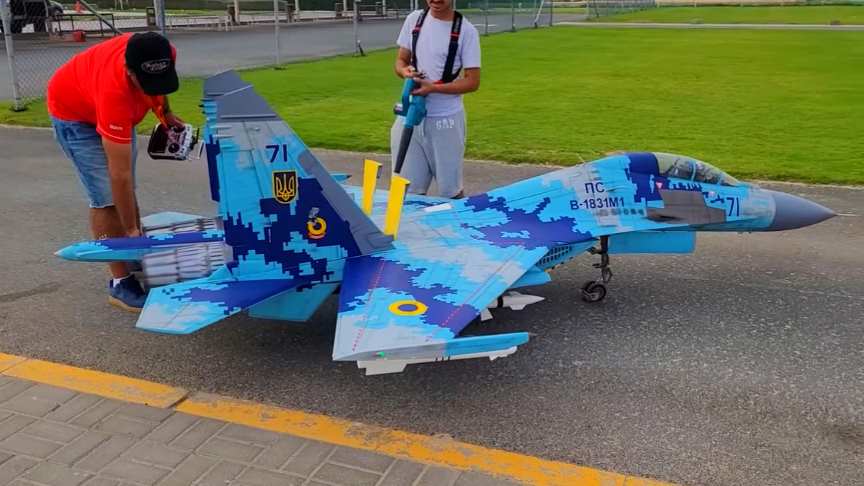 All parts are composite, painted in the molds and fully functional in all scale aspects. Leading edge slats, flaps and speed brake door are readily hinged.

A little bit of info on the full-size Sukhoi SU-27: Also called (NATO designation) Flanker, Russian air-superiority fighter plane, introduced into the air forces of the Soviet Union beginning in 1985 and now one of the premier fighters of soviet union.

Like its Cold War counterpart, the Su-27 developed into a large long-range interceptor, powered by twin turbofan engines and displaying a remarkable agility for its size. It is capable of flying at more than twice the speed of sound, has a service ceiling higher than 18,000 metres (59,000 feet), and has a flight range of more than 3,000 km (1,800 miles)./Deshan Ulrich Honemeyer