The Scaled Composites Pond Racer was a twin-engine twin-boom aircraft developed for Bob Pond by Burt Rutan and his company Scaled Composites.Bob is a WW II US Navy trained pilot and since has accumulated more than 20,000 hours in his logbook in many different aircraft. 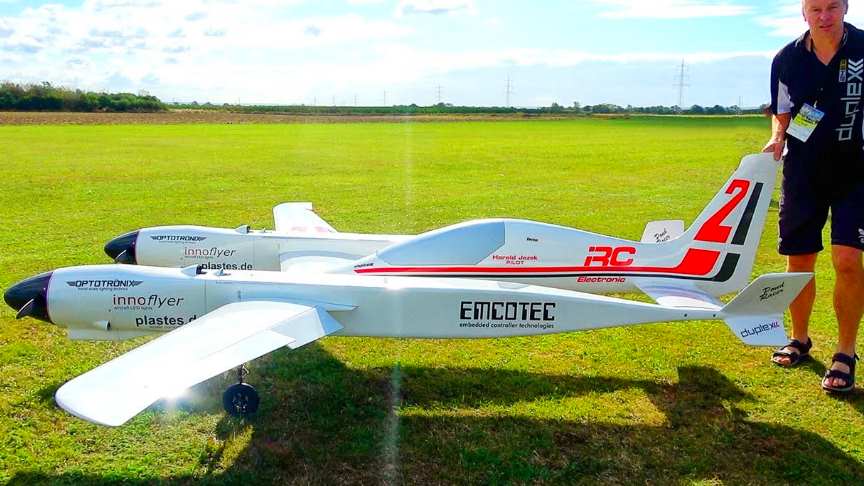 He has owned and flown singles, twins, seaplanes, turboprops, helicopters and jets.The Pond Racer was hoped to be an alternative to vintage aircraft like the P-51 Mustang and the Hawker Sea Fury that would be as fast and spectacular in the air as the warbirds.

Here we have a giant 1:2 scale model of a Pond RacertThe airframe of the airplane is constructed of composite materials and carbon fiber. This resulted in a very light, strong aircraft. To power the plane two DLA inline engine 116 ccm engines were chosen.

The airplane has a wingspan of 3.7m and a length of 3.1m, the weight of the airplane is 43kg. The pilot flying this airpalne in this video is Harald Jezek at Euroflugtag Rheidt 2019, Germany event./DIGITAL RC