The Antonov An-225 Mriya is a strategic airlift cargo aircraft It is powered by six turbofan engines and is the heaviest aircraft ever built, with a maximum takeoff weight of 640 tonnes. The Airlifter holds the absolute world records for an airlifted single item payload of 189,980kg. 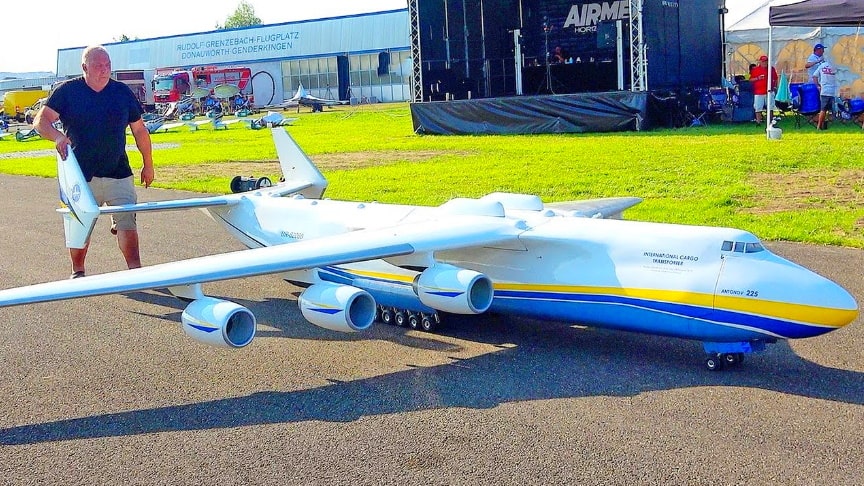 The 5,30 m, 93,5 kg Antonov isn’t the biggest known flight-capable An-225 replica.This giant RC Antonov is built by Michael Speier in a scale of 1:16, it has a wingspan of 5.8m, a length of app 5.3m. The polot of this giant airplane on this video is Michael Speier.

The Antonov An-225 Mrija is a six-engined cargo aircraft developed by OK Antonov in the Soviet Union.Until take-off on April 13, 2019, it was the largest aircraft in service in the world in terms of wingspan./DIGITAL RC