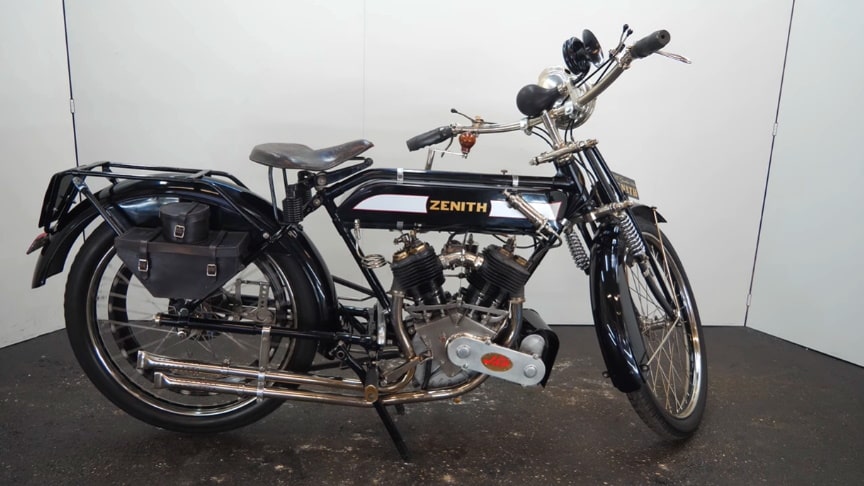 Fred W. Barnes was hired as chief engineer in 1905, and patented the “Gradua” variable-ratio belt drive transmission that year. The Gradua system simultaneously changed the diameter of the crankshaft belt-drive pulley to alter the drive ratio, while moving the rear wheel forward or back to maintain belt tension.

The mechanics of the Gradua gear were a variable engine pulley worked by a handle, with simultaneous correction of the belt length made by sliding the rear wheel backwards or forwards in the fork slots. Its advantage showed itself most effectively in speed hill climbs.

This Zenith is equipped with a sturdy and reliable 6 HP ( 770 cc) JAP engine with bore and stroke of 76×85 mm and is in concourse condition. Variable drive ratios proved a significant advantage in competition, leading riders of other marques to complain the Gradua gave an unfair advantage./wikipedia