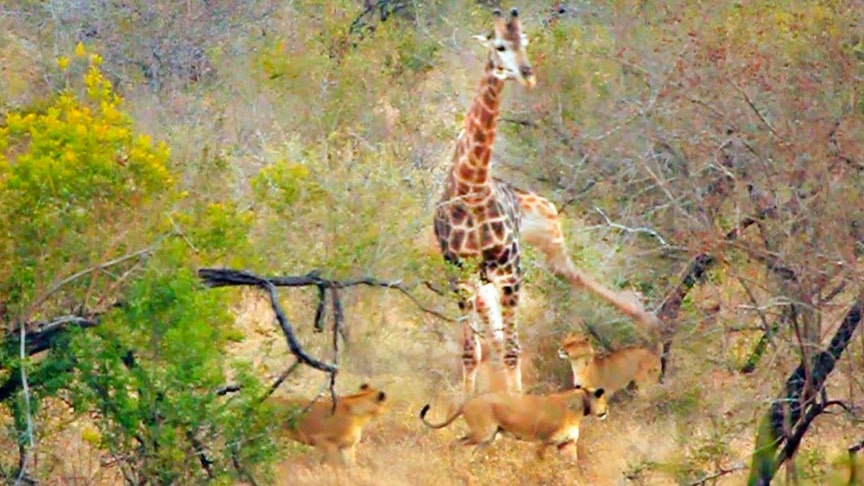 He told LatestSightings.com that he never would have thought that he’d see anything like this with his own eyes, until he did!They made several attempts to bring the animal down however the giraffe kept kicking its leg to ward them off.

The lions were taking turns in harassing, scaring and exhausting the giraffe for a few minutes. As each lioness ha her turn, they’d lay down and pant for a while and then start the process all over.

This process insured that there was no escape route for the giraffe as they lay in solid walls around it. We could only count up to 8 lions as they were scattered all around and in between the thickets of the bush.” At the end the giraffe managed to save herself from the pride of lions.