There are a lot of static systems available to stop cars at checkpoints, such as barricades, popup netting and even an EMP style machines to shut down a cars electrical system. The grappler is the main system which I think is best suited for a replacement device over the common spike strip. 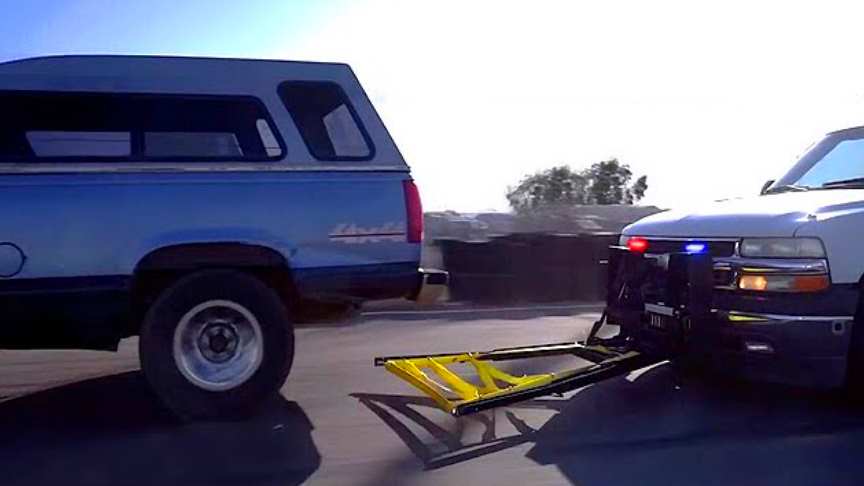 It’s already on the cop car chasing the fleeing car and it’s quick and easy to use and stops the car then and there, it does not just puncture the tyres and lets it keep driving.The first grappler capture was on November 4th 2018 by the US Border Patrol. Since then there have been 95 captures. If you look at the Grappler Police Bumper Facebook page, you will see some of the agencies using the grappler.

Training takes about 2 hours and is as easy as it looks. and the replacement Web cartridge is the only thing that is replaced each time. @ $400 each.A lot of states and countries are now adopting the method of not chasing cars at all after they reach a certain speed, as the pursuit itself can cause reckless driving and put innocent bystanders and other drivers at risk.

So they let the car go and keep driving in the same direction, in the hopes they can catch up to the fleeing vehicle when it slows back down or crashes.The Grappler now gives them a quick and easy option to stop that vehicle.via/read more: Wonder World