For this experiment, I’m using the Toyan FS-S100 4 stroke engine.As I stated in my videos with the twin cylinder, I was interested in making a dynamometer to measure the output power of these little engines. 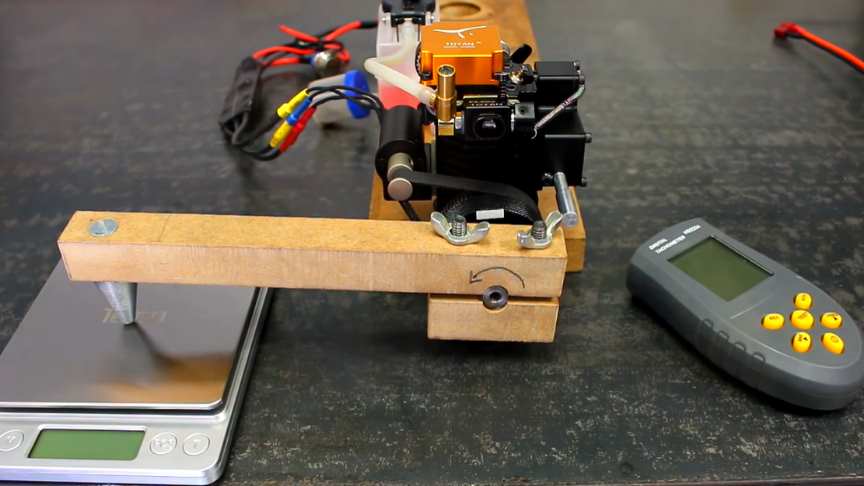 One of the simplest ways to achieve that is to make a Prony Brake dynamometer. Basically, it’s a clamp which holds the engine’s shaft.

The more it’s tightened, the more it’s been pushed on the scale by the engine’s output shaft friction on the wood. This can be a lot of fun because we can test various engines with different fuels with or without mods.

Small and powerful.It weighs 380g, and requires a 7.4v or 11.1v battery to start the battery. The battery needs a T plug, the female end is on the engine side, and the electric fire head is needed. The electric fire head is a general-purpose product, which can be used in our shop or in other stores.Working Principle: Using methanol as fuel. The process of moving from one end of the cylinder to the other when the piston reciprocates within the cylinder is called a strokeThe four-stroke engine is divided into an intake stroke, a compression stroke, a power stroke and an exhaust stroke./JohnnyQ90