When it rains a lot, the river of the Silver runs of slower form, causing its damming, thus increasing the water level of the river Olho D’Água. Despite the flood, on the day the video was recorded the waters of the river Olho D’Agua remained crystal clear due to their conserved ciliary forest and being inside a Private Reserve of Natural Heritage. 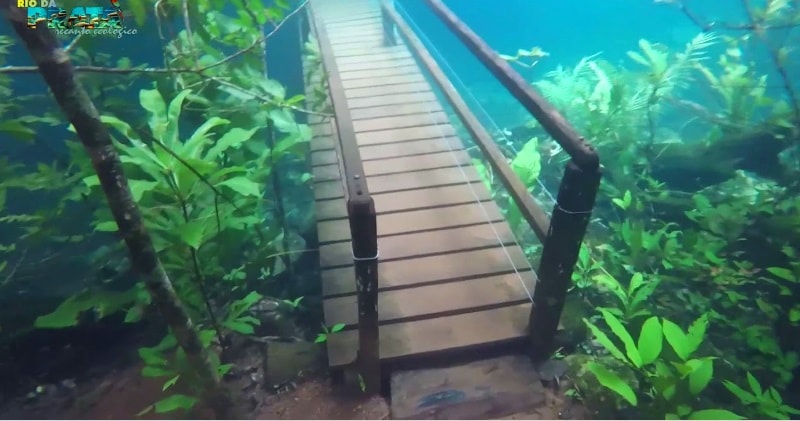 Watching the footage, the clarity of the water is astonishing, and has even lead some to believe the footage has been modified somehow.

However, according to the administration at the ecological park, this phenomenon is rare, and due to the conservation of the unit’s riparian forest, the water remained crystal clear even after rising way above normal level.

The water level was reportedly returned to normal by the end of the day.The water level of the Olho D’Água river rose so high, that the bridge which tourists used to cross was completely submerged.