The Key West boat is beyond unsinkable in the respec that it not only floats when swamped but does so with the right side up. It is important to remember that flotation material can and does deteriorate with age gradually reducing its effectiveness. Closed cell foam when aged or damaged can absorb water as well. Some of our models because of design variations can and do float much higher than others when swamped. Reasonable safety precautions should be taken with any boat. 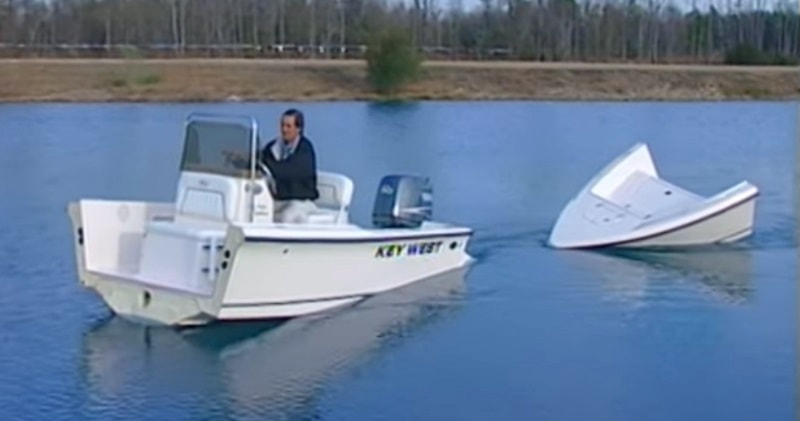 These guys really went above and beyond in showing off the idea that their boat simply is not going to go down.However, they might want to be careful with the word “unsinkable” because we all remember how saying that went last time.

At Key West Boats we build one of the safest boats on the market with not only attention to all important flotation, but in every other aspect as well. It is our sincere goal to never have anyone injured on one of our boats because we did not do everything we could to prevent it. Simple but effective, and we put our families on these boats too.

At Key West Boats we like to refer to our boats as possessing ‘Positive Level and Upright Flotation’. This terminology is used by the USCG with the definition being that some of the boat can be submerged as long as an acceptable percentage of the top edge is above water and sitting level and upright. This should allow the passengers to remain in the boat.