This is a larger Stirling engine powered by concentrated solar is water cooled. It has a 12v DC Permanent Magnet motor operating fixed as the flywheel bearing and is powered by a large 36″ Parabolic Mirror. 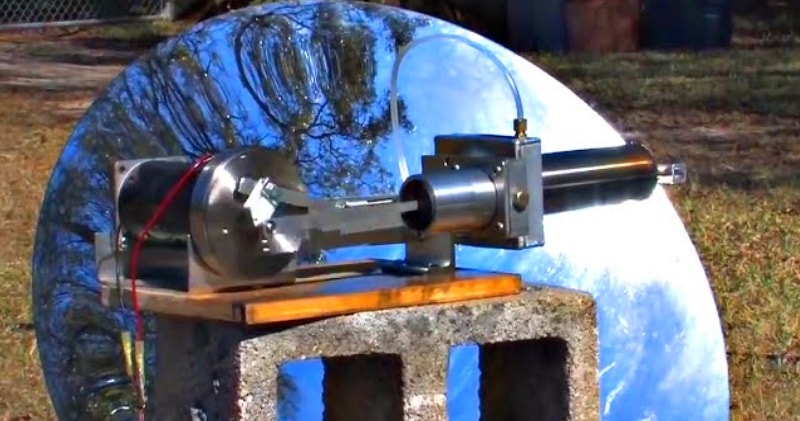 An electrical generator is directly coupled to the Stirling motor shaft, which converts the mechanical energy into the desired AC electrical energy and as such is a system in which temperature differences plays a significant factor.

The power output of the Stirling motor is mainly controlled by varying the working gas pressure inside the piston cylinder.It produces 15 Volt max with NO LOAD.This setup as is produces about 15 watts. The heat sink is a water cooled tank that is a bit short for the displacement piston but does work.

I will be adding some heat sinks soon and testing it with the 56 inch dish and a Fresnel Lens. The motor/generator has an additional pulley that the other engine I have may be tied to. The water can be fed continuously or as a tank.