This thing was huge. Measuring at least over a kilometer big, or 0.62 miles, this giant concave mirror would reflect the suns rays to a sharp point – how sharp depending on the angle of the mirror. And it was far more than just a mirror as well. It would have been constructed in stages by rockets over a decade – very optimistic timeline – with crews living in space as they put the giant mirror together. 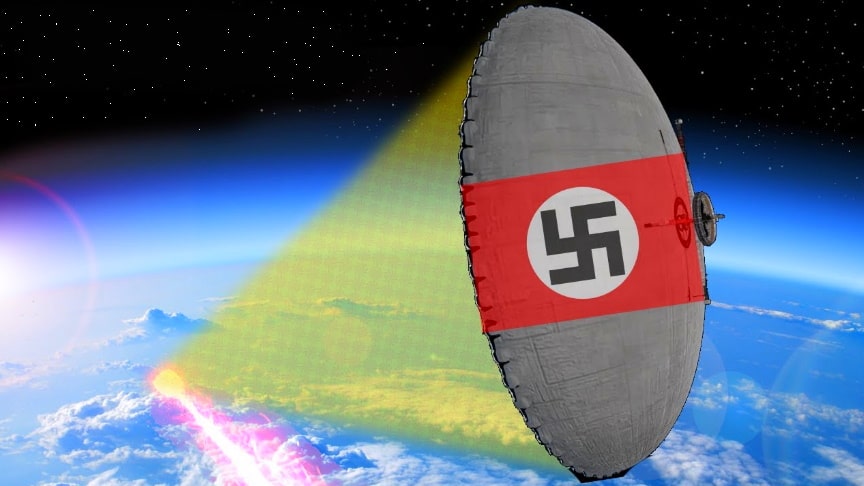 The space station would have required greenhouses to grow food – living quarters, warehouses – all in zero gravity – something that we have to admit was a little out of reach conceptually with scientist at the time. The scientists calculated that a huge reflector, made of metallic sodium and with an area of 3.5 square miles, would be large enough to do the job.

It would be contructued of prefab sections that owuld allow easy construction in orbit. Onboard, the crew would use magnetic shoes to move around in the zero or light rotating gravity, and they would replenish their food and oxygen with vast greenhouses filled with pumpkin plants – chosen for their hungry applitite for CO2.

This would all be powered by the sun of course! No not solar panels, they were not invented yet, but actually steam driven dynamos that would capture the suns heat. Of course. The mirror would be rotated into position using rocket thrusters, and when not in use, rotated to face away from the earth./Escape Velocity