In the mountains overlooking Barcelona, a team at Valldaura labs has built a solar greenhouse that harnesses the sun both to grow plants and to create energy to power the hydroponic system for year-round growing. The unit is providing food for the lab’s kitchen, as well as for a local restaurant, but it’s also a prototype for urban food self-sufficiency and a larger model is currently being built on the roof of a new Barcelona skyscraper. 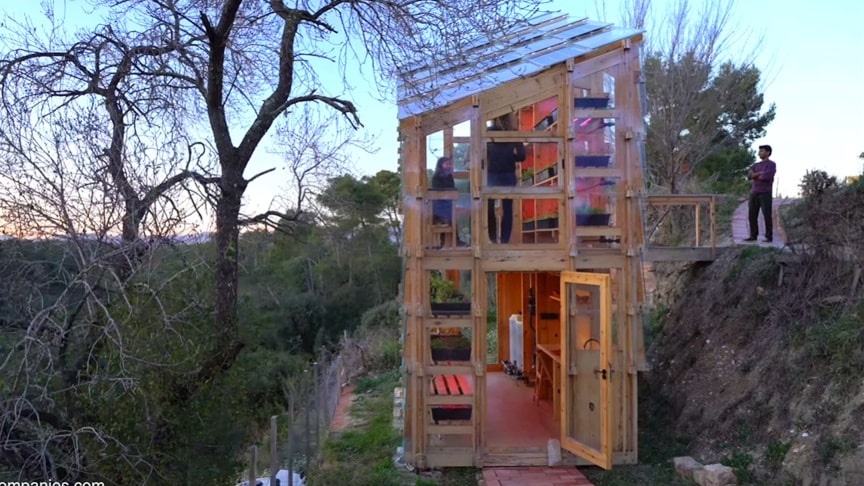 The wood for the prototype was all harvested, milled, dried, processed and pressed into CLT (cross laminated timber) boards entirely on-site. All the pieces were designed to snap together, every joint pre-planned on computer and all hinges were custom CNC-printed.

The planting method is all hydroponics, using sawdust waste from the lab as the substrate. The greenhouse is irrigated with rainwater which is recaptured, after going through the hydroponic system, to be reused on the gardens.

The students and teachers at Valldaura hope that their two-story greenhouse can serve as a prototype for urban rooftop food production. Currently, a 100 square meter version is being built atop a new wooden skyscraper that will be Catalonia’s tallest CLT building.