Back in the Apollo program Hiller Aircraft proposed catching the entire 1st stage of the Saturn V under a giant helicopter. They called it the Rotary Wing System for Booster Recovery. 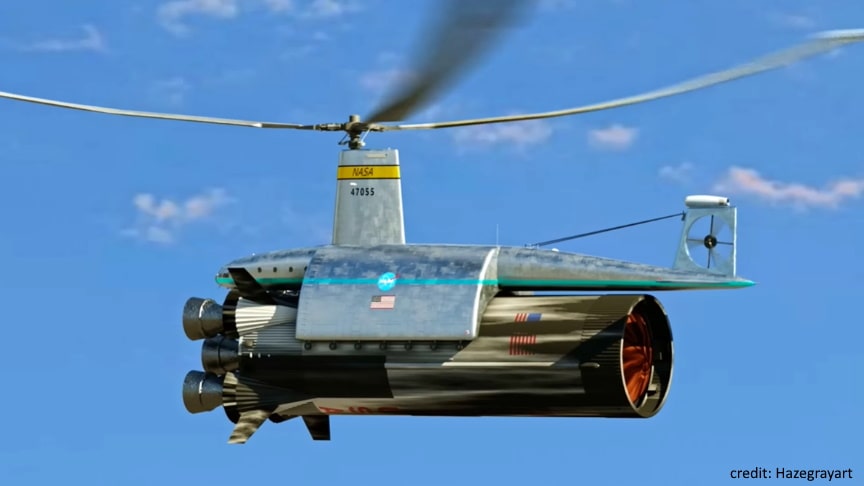 When the rocket was fired, the helicopter would take to the skies from a nearby airbase. It would fly to the zone that the booster, the S-1C, would land, and lotier in the area for up to six hours with its large fuel tanks – hovering at around 15,000 to 20,000 feet.When the booster seperated and began its decent,it would deploy a sort of double tandum parachut, the upper section would have a hook.

The air tug would approach the decending rocket, and meet it at around 10,000 feet. At this point the rocket would be descending along a glide path with more forawrd than doward velocity, making it perfect for a intercept by the helicopter. Expensive as such a helicopter would have been, the huge aircraft would have paid for itself with the first several recoveries. But long-range planning for the nation’s space program was beginning to favor the concept of a reusable space shuttle over single-use rockets, and this recovery helicopter was not funded.