This is a normal piston and THIS is an oval piston. Yes, it’s real and yes, it’s absolutely amazing.Honda took a question that absolutely no one asked and answered it with one of the maddest engines you’ve ever seen. And by the way this isn’t some fancy prototype, they took it racing and even somehow sold a road-legal version. 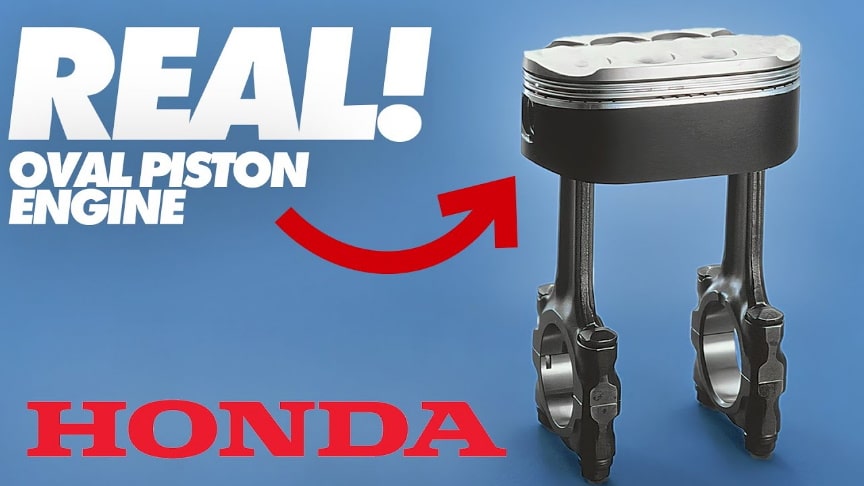 Right, so how do you even get to the point where you need to build an oval engine?It’s the late ‘70s and Honda have been out of the motorbike racing game for some time.Motorcycle Grand Prix rules at the time stated that all engines had to have a maximum of four cylinders with a capacity of 500cc. Watch the video from Driven Media:

Honda had no problem sticking to those rules, but its young team of engineers decided to do things a little differently to their competitors. The grid was dominated by 2-stroke engines. Honda were too edgy to follow the crowd and refused go down the same path as everyone else. Also, Soichiro Honda himself famously hated two stroke engines, describing them as ‘bamboo tubes with holes drilled’.

Because of that deep burning hatred, Honda became quite well known for making excellent four stroke engines. Honda’s engineers realised that a four-stroke engine would need to rev to DOUBLE that of a two stroke just to make the same 120hp its competitors were getting.They needed to find a way to make that possible and what they came up with is just mad.They couldn’t increase the capacity beyond 500cc and the restrictions limited them to four cylinders, so they started by looking at the valve and intake system.via/read more: Driven Media