Horizon Aircraft unveils our 50% prototype, a fully electric VTOL. We are excited to kick off our flight testing program and will share more as we progress.. This test proved that the aircraft can not only hover but that it can hover with reduced lift as a testament to its safety. 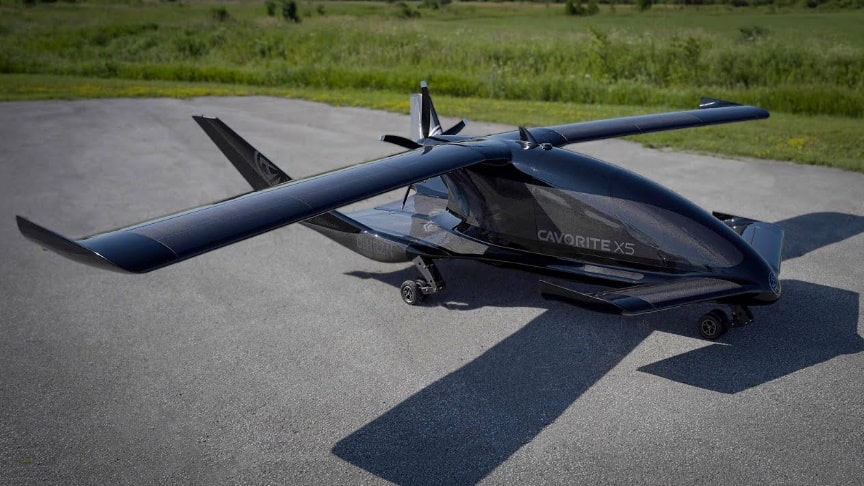 The aircraft performed admirably during tests, proving its redundancy and ability to remain safe despite technical malfunctions.The full-scale Cavorite X5 will be powered by a hybrid-electric system that will recharge the aircraft’s batteries during flight and provide system redundancy.

As a result, during cruise, this X5 flies more like a plane than it does a multicopter. The X5 has a 22ft wingspan, over 15ft in length and capable of speeds over 175 mph.