I made a water filter from cane that siphons clean water from a dirty water while simultaneously using the xylem present in the the cane as a filter. MIT engineers had already proved that pine branches can be used as water filters as the thin membranes connecting the straw like xylem filter out 99% of bacteria such as E.coli which make water unsafe to drink. 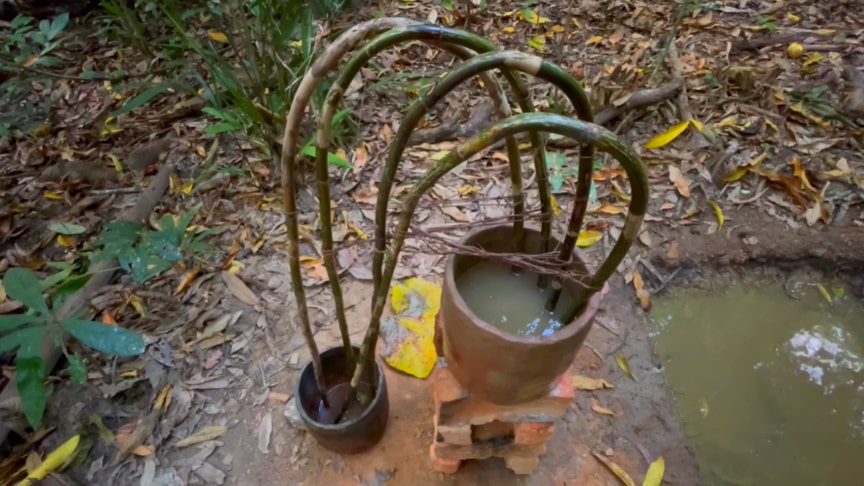 Taking this concept, I used a type of cane in the forest and bent them into hook shapes, tying them in place with vine. Then I put dirty water into a raised pot and siphoned clean water from it into a lower collection pot. Initially some sap comes (which is also harmless to drink) out but then water flows through the stem.

It does take a while for it to work but the process can be sped up by adding multiple canes working in parallel. The water that came through is clean and I was able to drink it without ill effect. After a few days the canes clog up and need replacing though one cane lasted longer than the others for some reason.

Also in this video, I test the effectiveness of filtering water through a clay pot submerged in a creek, the ceramic walls acting as a filter for the creek water. Both methods seem to work but the clay pot method is more useable and needs less maintenance. But, the cane siphon would be better if no clay pots were available, simply filtering water from a puddle into a lower collection container such as a folded leaf. 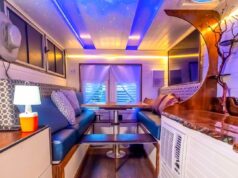