Horridus is the world’s most complete and most finely preserved Triceratops. The Triceratops fossil was discovered on private land in Montana in 2014.The Triceratops skeleton is nearly 85% complete, standing about 2.5 meters (8 feet) tall, 7 meters (23 feet) long, weighing 1,000 kilograms (2,205 pounds) and is made up of 266 bones. 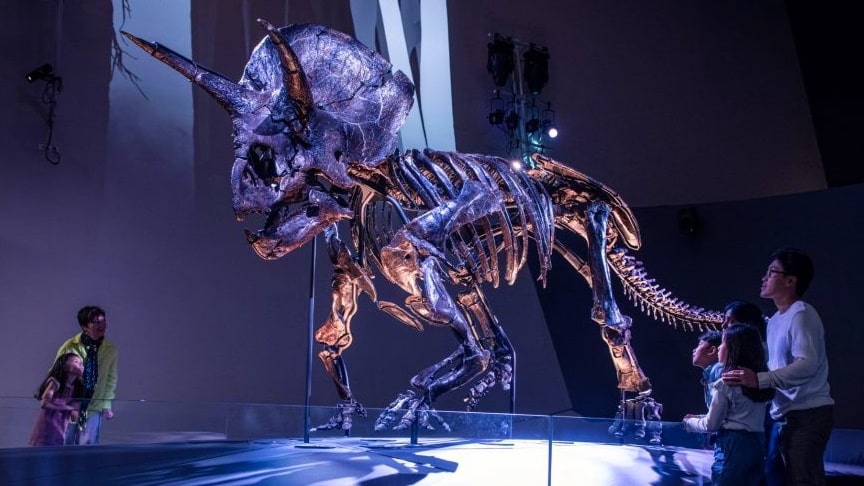 Nicknamed “Horridus” after the species name (Triceratops Horridus).266 bones have been recovered, making up 85 per cent of the skeleton.The skull of the fossil is 99 per cent complete and weighs 261kg.Horridus has an enormous frill and three fearsome horns.

Weighing 6000–12,000kg when alive, Horridus is larger than a full-grown African elephant.Horridus roamed the Earth during the late Cretaceous period, around 66-68 million years ago.The fossil weighs more than 1000kg or a tonne, is 6-7m long and stands about 2m tall.The fully assembled skeleton is now on permanent display, at the Melbourne Museum in Australia.