The Siberian tiger, a subspecies of tiger, is the largest cat in the world. It averages about 3.3 m in length, with a tail measuring 1 m. Adult male Siberian tigers can weigh up to 320 kg, while females are significantly smaller, weighing up to 180 kg. 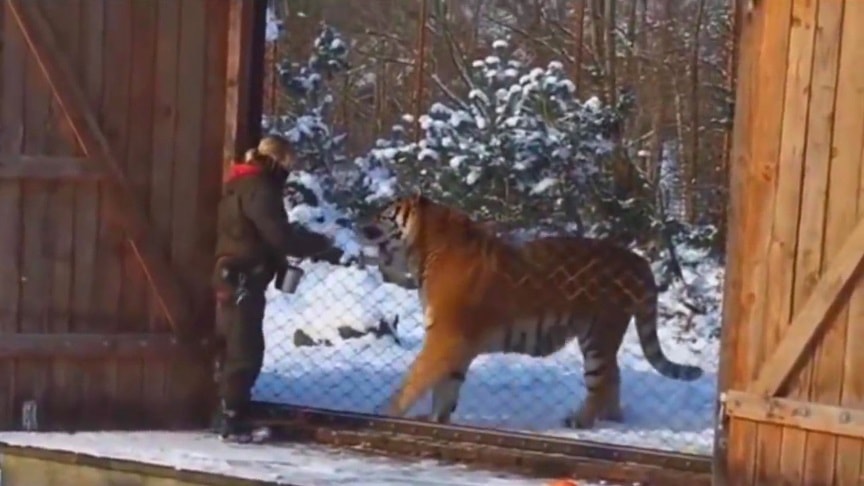 The tiger is reddish-rusty, or rusty-yellow in colour, with narrow black transverse stripes. It is also known as the Amur tiger, the Siberian tiger resides in a small region in the southeast region Russia. They are also located in small numbers in China and North Korea.

The Siberian tiger may be the largest of the wild cats, with powerful features and a formidable hunting prowess, but his population has fallen victim to the hunting quests of man. Today, there are less than 500 of these beautiful cats remaining in the wild.

Siberian tigers are known to travel up to 1,000 km, a distance that marks the exchange limit over ecologically unbroken country. In the wild, they can live between 10-15 years, but in captivity, they live nearer to 20 years old.