The Motor oil is used for lubrication of internal combustion engines. The main function of motor oil is to reduce friction and wear on moving parts and to clean the engine from sludge one of the functions of dispersants and varnish detergents.The journey of oil around a car engine takes as little as five seconds. In this time it protects critical engine parts, preventing damage. This short film take us on this incredible journey, truly demonstrating oil in action. 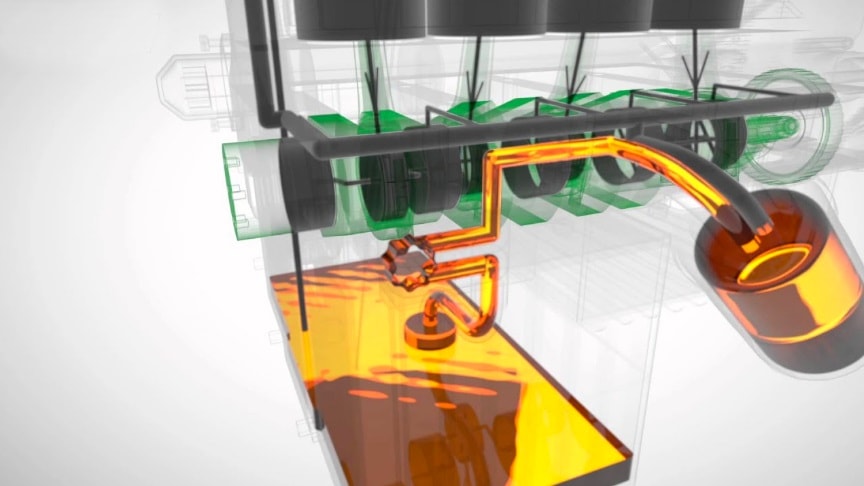 It all starts in the sump of the engine, which functions as the reservoir. This is also known as the oil pan and you can find it at the bottom part of the engine. When the engine is turned off, this is also where oil is collected. Typically, the sump can hold four to eight quarts of oil.

From the sump, the oil is pumped. The oil is sucked from the pump and it goes through a pickup tube. This happens as soon as the engine is turned on. This is also where the oil becomes pressurized.The next part where the oil goes through is the oil filter. As with any filter, the main function of the latter is to get rid of the impurities that can be possibly present in oil, making sure that it is completely clean when it travels to the other parts of the engine.

This removes the contaminants that can be damaging to the engine.Once the oil is clean, it will be transported to the critical parts of the engine, which include bearings, pistons, and valve train.Through the oil channels, the oil returns to the sump. This is the point when the journey of the oil is completed.