In real structures, moment frames in two orthogonal directions are often connected together to form a three-dimensional frame of columns and beams. Moment frames are designed to carry vertical and horizontal loads in the same plane but may also be drawn on to provide resistance to horizontal loads out of the plane of the frame. 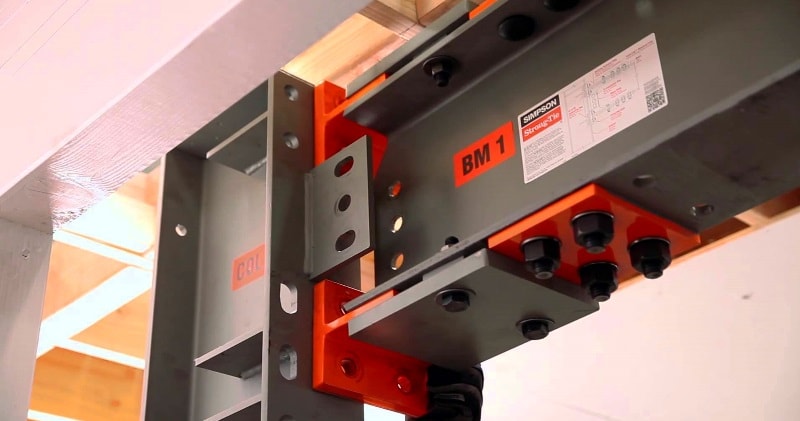 They can be found in many different materials and building applications.Learn how to properly install the Strong Frame special moment frame to retrofit soft-story buildings, from template assembly placement through bolting the frame in place.

A moment frame is a special type of frame that uses rigid connections between each of its constituent members. This configuration is able to resist lateral and overturning forces because of the bending moment and shear strength that is inherent in its members and the connecting joints.

Therefore, the stiffness and strength of the moment frame in seismic design depends on the stiffness and strength of its members.Because moment frames can be more flexible than other options, such as shear walls, they allow larger movements during an earthquake. Non-flexible elements attached to the frame, such as the cladding, must be designed to accommodate the additional movement to avoid damage.