Our good friend Dave displays this quite large and utterly amazing F-16 Fighter Jet. With it’s 6 litres of JET A1 fuel it can flying for 7-8 minutes executing scale manoeuvres exactly the same as the full size F-16. 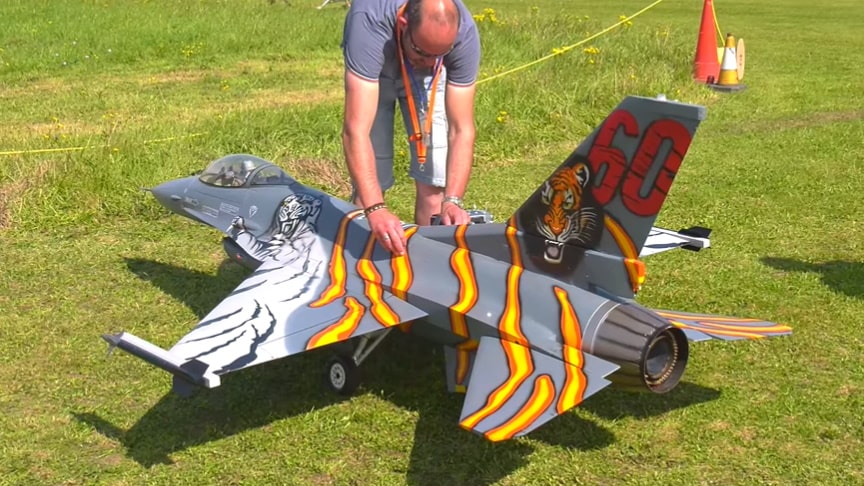 Due to the constraints of the flying site Dave had to execute a downwind landing and slightly over flared the approach…but no harm done. The rest of the flight was spectacular and a pleasure to capture on video.

This F-16 was built from a Jet Legend kit and is powered by a Evojet 220 EX turbine engine using Jeti DS16 radio for guidance. This model has 2 metre wingspan, 3 metre length and weighs 20 kg without fuel. The airplane is painted in tiger meet scheme used by the Belgium airforce.