This modified Tupolev 160 concept, at the request of Putin himself, would have an entry into service as soon as 2027 and could very well change aviation in the world’s largest country. However, likely it won’t ever be built, and the future of supersonic travel is still very much up for grabs. This is why. 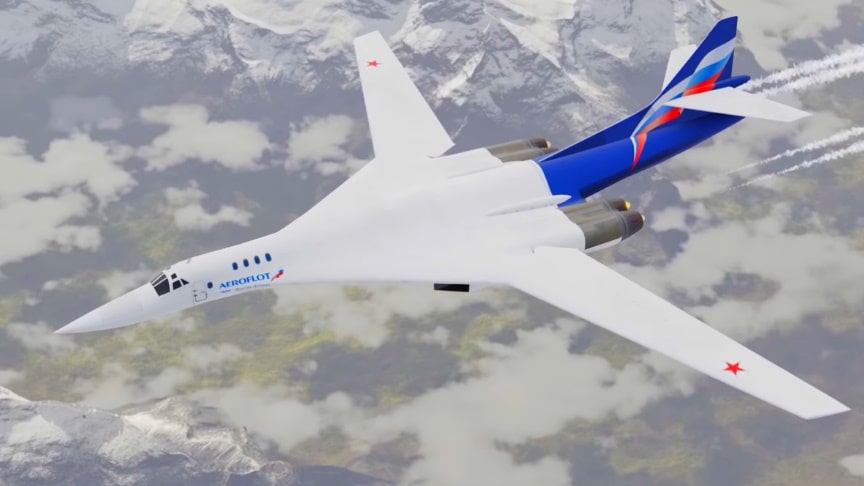 Turning a bomber aircraft into a passenger plane isn’t a new idea, and many commercial planes owe their initial development to military contracts. Thus when top officials visited the production facility of Russia’s supersonic plane, the Tu-160 white swan, or you might know it as the NATO name Blackjack. Watch the video from Found And Explained for more info:

This passenger version would have the same airframe, although inside it would only have a crew of two, a pilot and co-pilotSpeaking of passengers, At 40ms of internal space, and a seat pitch of 90cm, or 35 inches, that would be 88 passengers – not bad! realistically up to 10 passengers would be expected it would have a range of 12,300 km (6,600 nmi) and a top speed of Mach 2.05.

This would mean that passengers could fly from Moscow to london in only an hour, with about 30 minutes to take off and land – ignoring sonic booms of course!”Turning Tupolev-160 into a passenger plane would be a very costly affair,” said a statement from Tupolev “It is far less expensive to build a plane anew and without the know-hows used in creating the Tupolev-160.”/via: Found And Explained