The Bristol Bulldog was a British Royal Air Force single-seat biplane fighter designed during the 1920s by the Bristol Aeroplane Company. More than 400 Bulldogs were produced for the RAF and overseas customers, and it was one of the most famous aircraft used by the RAF during the inter-war period. 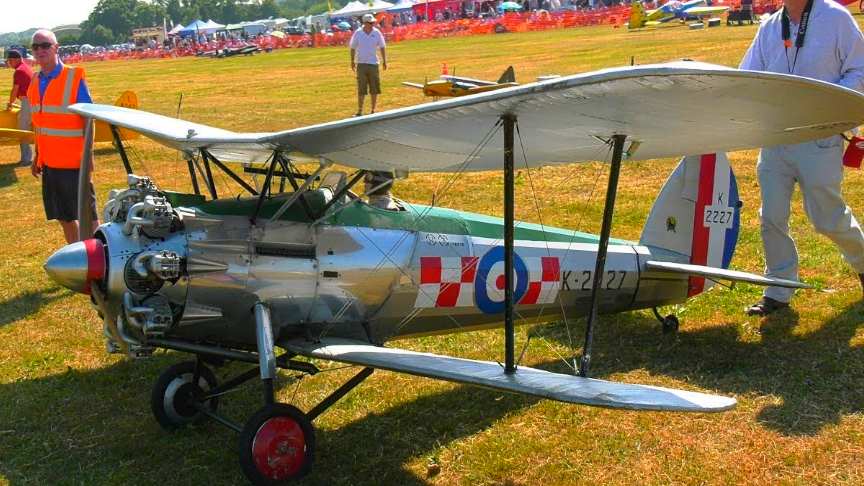 Here we have an amazing replica of the Bristol Bulldog. The aircraft in which the famous British pilot Douglas Bader lost his legs after crashing while performing aerobatics.//Essential RC

This replica has a wingspan of 13 feet and weighs 177 pounds. Power is provided by a flat twin 425cc JPX microlight engine. the Bristol Bulldog features traditional model building methods and copied the full-size construction, using clear, knot-free Columbian pine instead of steel tubing.

The wings have dual built-up spar construction and the ribs are reinforced 3/16-inch hard balsa. The landing gear is 100% scale in design.This all combines to create a very lightweight, yet beautifully detailed scale aircraft.