This giant RC Scale: 1/4.9 Kamov Ka 32S is powered by a turibne engine, it has a rotor diamater of app.2.50 m with a take-off weight: app. 24 Kg. The builter and the pilot of this amazing helicopter is Matthias Strupf.The Fuselage of this helicopter is a premium quality.It is also equipped with a loose sliding door. 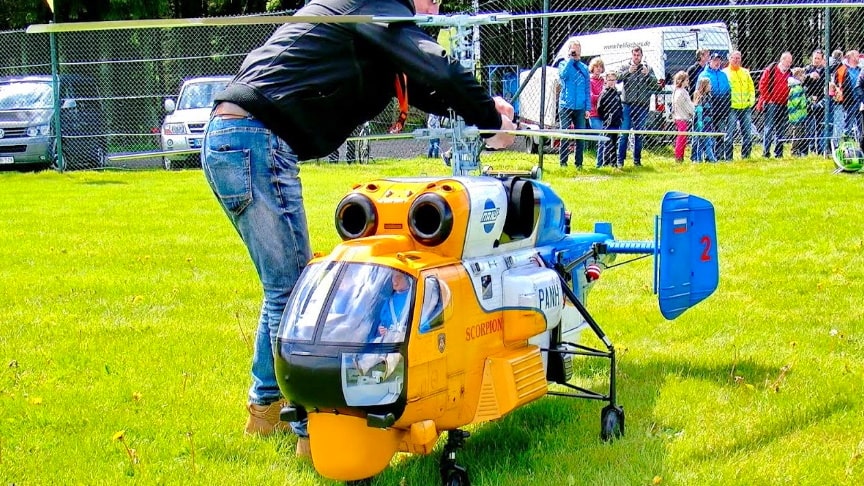 This helicopter has the peculiarity that it has two coaxial rotors turning in opposite directions, instead of the traditional main rotor with a small tail rotor.

The fuselage is designed utilizing computer 3D drawing and CNC plug, providing extremely detailed and precise scale panel lines.The finished model can then hardly be distinguished from the original.

The Kamov Ka-32S ‘Helix’ is a military helicopter developed for the Soviet Navy.The Kamov Ka 32S has a compact, beefy fuselage and the coaxial, counter-rotating double rotor./RC MEDIA WORLD