The Bell 206 is a family of two-bladed, single- and twin-engined helicopters, manufactured by Bell Helicopter at its Mirabel, Quebec, plant.The aircraft is one of the successful and recognizable helicopters ever produced. 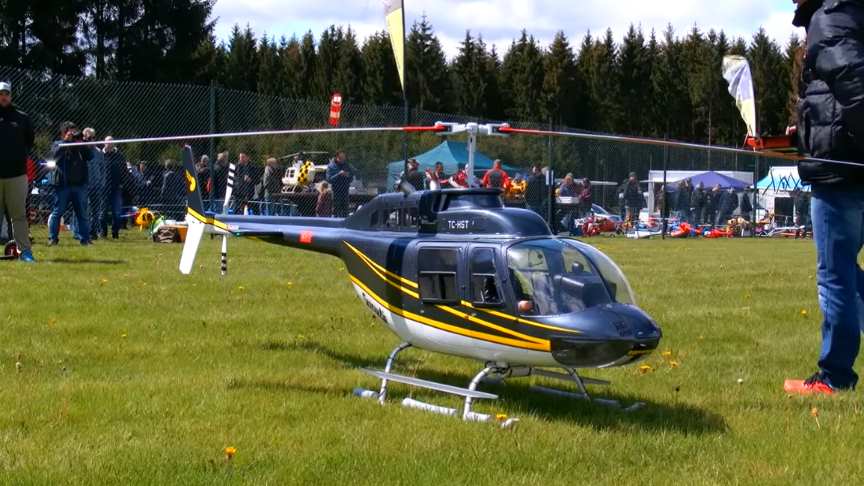 This Giant 1/3 scale RC Bell-206 helicopter has a rotor diameter of 3.25m and is powered by a Turbine Jakadofsky Pro 6000 engine.

The fuselage includes detail panel lines and working doors with scale hinges included in the kit. The landing gear of the aluminum ladder is included.

The Series 206 completed many missions, and achieved many records. Its versatility made it not only the most popular commercial helicopter, it also shaped the industry standards for safety.