The Eurocopter’s X3 hybrid helicopter combines the full hover flight capabilities of a helicopter with the fast cruise speeds of a turboprop-powered aircraft by basically installing two propellers on short-span fixed wings to supplement the helicopter’s five-blade main rotor system. 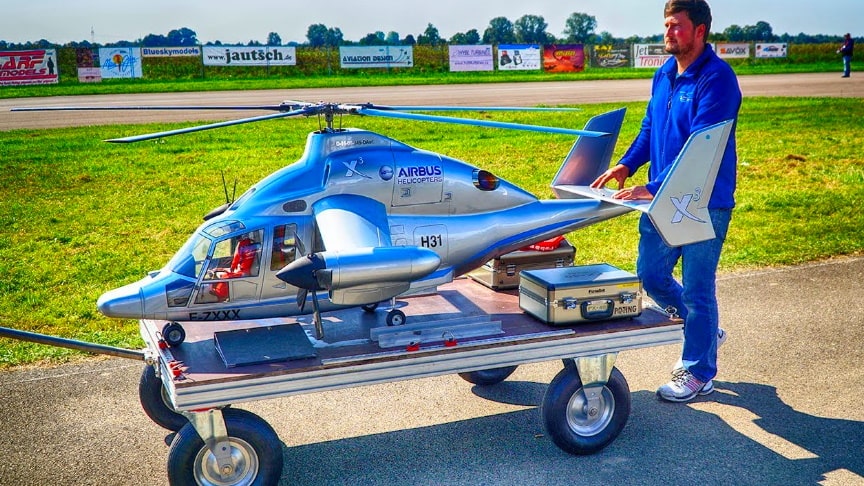 This giant model RC Airbus Helicopter Eurocopter X3 is a scale of 1:4,5 with a rotor diameter of 2.5m and a length of a 2.5m it weights 35gk.It is a hybrid, much like its real-life counterpart, but not just because it has horizontal thrusters in place tail rotor.

This RC model’s thrusters are turboprops driven separately by two Plettenberg HP_430_V63 3.6 KW motors. The 5-blade rotor is powered by a Jakadofsky Pro 6000, capable of 6.0 KW.Special feature of this RC model is a two gyroscopes setup: one positive and one negative to balance the torque.