The “big Bell UH-1D” from VARIO is a 1050 size scale helicopter. Bell Helicopter is the creator of the man-carrying version. This giant RC Bell UH-1D has a rotor diameter of 2.44m and a take-off weight: 21 Kg, the helicopter is powered by a PHT-3 turbine engine. 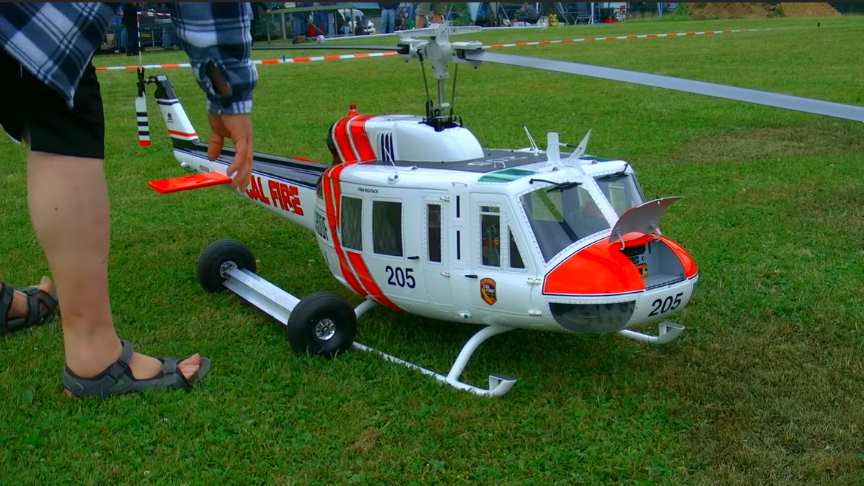 The mechanical system is supported on a sub-structure consisting of aluminium plates with plastic connecting pieces, which in turn is screwed to the skid landing gear. Video by RC MEDIA WORLD

The pilot of this helicopter in this video is Michael Unshelm at Pöting Turbine Meeting in Kreuztal Littfeld Germany in June 2017.The 3-litre kerosene tank is located on the bottom of the fuselage below the entry step.

The position of the turbine aft of the rotor shaft inevitably requires nose weight for the correct Centre of Gravity, and this means that it is possible to install extensive scale fittings in the cockpit, including pilots, safety belts, landing searchlights etc.