The Ilyushin Il-62 is a Soviet long-range narrow-body jetliner conceived in 1960 by Ilyushin.The Il-62 was the world’s largest jet airliner when first flown in 1963. 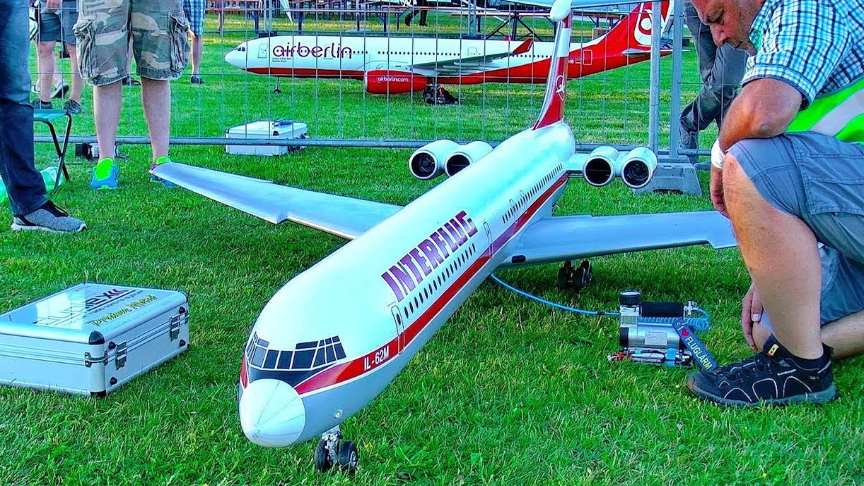 Here we have a giant scale 1/16 RC Model IL-62M Interflug airplane which is powered by two turbine engines, the model airplane has a wingspan of 2.7m, a length of 3.32m. The take off weight of the airplane is app.15kg.

The pilot flying this airplane in this video is Rainer Kamitz at RC Airliner Meeting in Germany (Oppingen).Due to the special design of the leading edge of the wing, the model has extremely good-natured slow flight characteristics.

Even an engine failure is hardly a problem due to the proximity of the engines to the fuselage. The IL-62 can be described as the ideal entry-level airliner model. The tailplane is designed as a pendulum rudder.//RC MEDIA WORLD