A diorama is a model representing a scene with three-dimensional figures, either in miniature or as a large-scale museum exhibit.In this video i will make a Diorama. 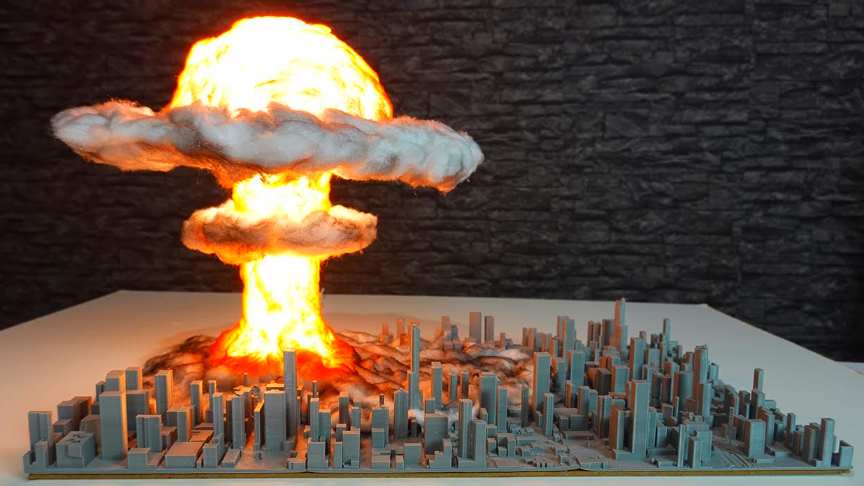 The city is made with 3D printer. Without the city you can make it in one day. I used only NON warming leds and bulb. However i DO NOT recommend YOU to make it because it can be flammable if you dont know what are you doing.

Watch the video from youtube channel MoksoI, hope the city do not match any real city in the world. Any similarity is ONLY coincidence. Love you guys.

A diorama model of a mushroom cloud,It is made using fiberglass, metal, and plastic, along with metal wire, wood, and synthetic and real cotton. The exclusive lamp is further airbrushed for a realistic look.//MoksoI